Social networking is the essence of today. Even before a decade people did not need any site for socialising. The need, however, arose as life became faster and it became difficult to find out time to socialise with so many people. So many relatives and friends needed time to keep in touch with, and eventually time suddenly shortened for everyone. Anyways, since we are living in this era we cannot deny the importance of social networking now.
Social networking was initially based on text, but these days the concept of audio-visual social networking is gradually picking up. Instead of text scrap you can now send video scrap. As evident there is a lot more scope of expressing yourself through a video scrap than a text one.
A lot of people now already have an account on audio-visual social networking. Although a new concept but video scrap is soon going to spread like wildfire! As it is a new concept you may not know about how to be creative with your profile. Here are a few ideas that can help you pep up your profile and enjoy sending video scrap: 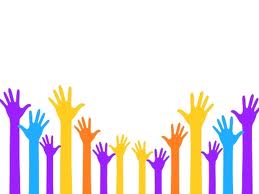 A visual introduction of yourself for social networking:
What’s your name pal?
Dress up in the attire that suits you best and get in front of your mobile camera or your webcam. Start with a greeting! It need not necessarily be in your mother tongue! Try greeting in Spanish, French, or Japanese. Next, mention your name. Most people like to be known with their full name sans the surname, while few like to be known only with their first names. So unlike mandatory boxes for putting in your full name you can choose to say it the way you want!
Nice name! And what does it mean?
Have a Spanish name? French one? Russian or German? Or is it Indian? Let the world know the meaning of your name with your face in it. One or two lines more will add on to your video profile for sure!
Birthdays and wishes
Wear a tee of your zodiac sign or how about having a sip from that mug with zodiac sign that you got on your last birthday? You can also go on to read out a few traits of your zodiac from a book or simply the internet. You can surely be more creative with other ideas too!
Thumbs up... Thumbs down?
Tell about your likes or dislikes. Yes of course you can ‘make faces’ to distinguish your likes from dislikes! You can also hold up stuff that you like, for instance, like chocolates? Why not hold one up and place a bite as if to say you love them? Hate smoking? Pick up a ciggie, break it and throw it with an air of disgust!
Colours all over!
Pick up that red pillow and blue cushion. Wear your favourite mauve tee-shirt and hold up your white teddy. Sure you are going to find them in your room! Pick them up and tell the world about the colours you love.
Schools, colleges and universities...
Well, not many but a few of us sure have a few books or copies of schools or school uniforms. Use them the best as you talk about which school you went to. Of course, we did not wear uniforms to colleges, but hey, you can dig out that copy where you played games of dots-and-nots or scribbled as the lecturers went on with the boring lessons. Hold ‘em up!
Your happening workplace
Shoot a video from your work desk. If allowed you can shoot parts of your office – the cafeteria, recreation room, the logo of your office, the office building and put it up to let people know where you work.
*Friends*
Okay, so now this is something you cannot really do in the text based social networking sites. Make a little clip with your best friends, introduce them and show a quick glimpse of all the fun that you have!
Madly in love? Or, blissfully single?
Bring in your partner and do a tango as you declare you are in love! A li’l bit of PDA can also do fine or a simple holding of hands will be enough to let the world know about your love. Or if you are single, try being a bit flirty if you are ready to mingle. Or put up an act to show that you are single and intend to be that way, keeping proposals away.
A message to the world
Last but not the least record a personal message and put it up on your audio-visual social networking site. This can be anything. Be creative and let your ideas flow. This part of the video can be a nice way to conclude your profile info.
Posted by Unknown at 01:27 2 comments: